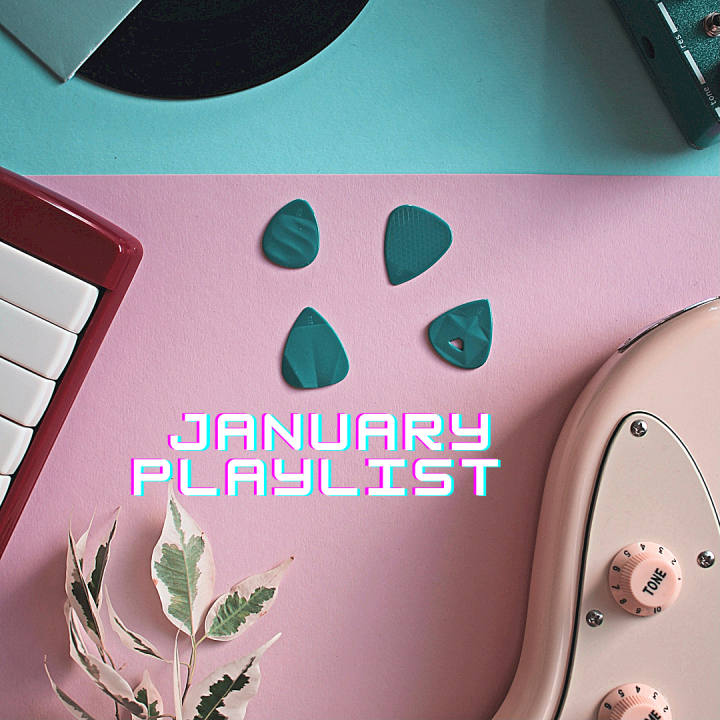 It’s the time of year where I begin to serve up a fresh batch of music favourites, and while 2021 wasn’t my best effort at posting them, I want to change that in 2022.

There were moments where I lost a lot of motivation for things I enjoyed last year, which makes me sad to think about but I was going through a lot personally.

Something I really do enjoy is creating and posting these monthly playlists and I am excited to bring them back properly this year, and they are here to stay this time.

So, let’s get into January, shall we?

Olly Alexander is a name that has featured in many of my monthly playlists, and probably even more so in the past year. I actually think I have not spoken about his music enough, each single he has released has been a certified bop. He is so talented.

This month he is back with his third studio album, but his first since making Years & Years a solo project, without the band.

Having gone back to the drawing board for what ‘Years & Years’ meant to him, Olly said “it felt like there were these really big events happening, and the music I’d been making up to that point didn’t feel relevant to my life anymore or the world outside” – which has an element of truth to it, in the time the band had become a solo endeavour, there was a lot more going on in the world, with a pandemic, division by democracy and equality and race issues coming to the fore. How do you produce a record that will be relatable, yet serve as a form of well needed escapism for those who listen? And how does that tie into the sound of Years & Years that we have become accustomed to?

Those answers come packed in the debut solo album ‘Night Call’. Primarily a dance record inspired by the power pop of the 80’s (perhaps a nod to/inspiration from the role he played in ‘It’s A Sin’, and the song of the same title). Created during moments of lockdown in 2020 and 2021, the aim of this release was to bring the dance floor to the listener, where ever they may be. Which is ever apparent in previously released singles such as ‘Starstruck’ and ‘Sweet Talker’, but while this may be an album with tracks that exudes optimism, Alexander isn’t afraid to broach sensitive and sometimes painful topics. Just take the track ‘See You Again’ in which he writes of the loss of his Grandmother – whom he was particularly close to – and the process of grief, which is cleverly disguised as a track of love and loss, allowing it to fit into the overall theme of the album.

Night Call may be Olly’s first solo endeavour in a long time, but he manages to blend the sound of both Years & Years’ past and present seamlessly. (For fans of Years & Years, I’d recommend checking out Night Call – New Year’s Edition as it also features the band previous hits, alongside Olly Alexander’s cover of ‘It’s a Sin’)

Love It When You Hate Me – Avril Lavigne (feat. blackbear)

I love it when you hate me”

Are you ready for a healthy dose of 00’s nostalgia, because Avril Lavigne is back! Having recently announced her upcoming album ‘Love Sux’, January saw the release of the first single ‘Love It When You Hate Me’. Featuring the artist blackbear, you can clearly hear a nod to Avril’s past with the nostalgic pop-punk chorus. It’s a track that embraces the dramatics of certain relationships, but in a tongue in cheek/sassy kind of way and I am HERE for it.

Having previously said she “wanted to make a pop-punk record, with live guitars and drums that didn’t hold back” , Avril Lavigne is going back to her roots and if this single is just a taster of what’s to come, I can’t wait. Until then though, I’ll be rocking out to ‘Love It When You Hate Me’.

Anyone For You – George Ezra

“I can love you, I could be

Anything you want of me”

Another artist announcing a comeback of his own this month, is George Ezra. After teasing new music on his socials a week prior, on January 28th he dropped his latest single ‘Anyone For You’, and his first piece of new music since 2018 (I can’t believe it’s been that long already ?) What I really like about this track, is the fact it came about after Ezra re-discovered some old notebooks and is essentially an amalgamation of lyrics and previous song ideas. In fact, the opening verse is said to pre-date his ‘Staying At Tamara’s’ album. There is often an array of unreleased songs from the musicians and bands we know and love just floating in the Aether, and I think it’s cool to be able to get a flavour of those tracks.

To me, ‘Anyone For You’ is a nice sing along track that follows a journey of love and self-discovery, the latter being the underlying theme of Ezra’s upcoming album ‘Gold Rush Kid’.

TWO current queens of pop music have come together to give us one smoking collab! ‘Head On Fire’ is the first release to feature both Griff and Sigrid, and well, the clue is in the title, it’s all about the feeling of your head being on fire… Especially when you meet someone you just can’t stop thinking about, and that pretty much translating into your mind being in overdrive, essentially, “on fire”. When it comes to both the song and video, the powerful pop duo are throwing it all out there, literally burning their feelings down, which I am sure is a sentiment we can all get behind.

With inspiration from 80’s music and some subversions on current pop production standards, this empowering track deserves to make into anyone’s playlist.

What were you listening to in January? Let me know in the comments below. 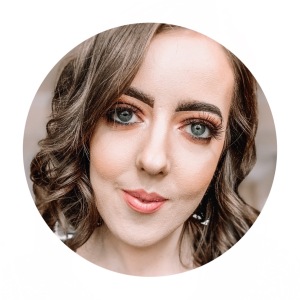 A 25 year old blogger from Ireland with a passion for writing and being creative.

On this blog, you will find an equal mix of book reviews, music favourites and opinion pieces.

Happy Saturday ☁️
I recently picked the latest product from the L'oreal Dream Lengths range, the dream lengths curls leave-in cream 😍 Tried and tested this weekend and I have left my thoughts on the blog + my TikTok.
One of my views for the past couple of weeks.. 👀
I keep forgetting to post but there’s a well overdue mini haul + review of @rarebeauty over on the blog ☁️